Can you have ADHD without the “H”?

The Diagnostic and Statistical Manual of Mental Disorders (DSM) is published by the American Psychiatric Association. It is the standard guidelines that are used when assessing for any mental health issues.  This manual is updated from time to time and the way disorders are diagnosed can change. Changes can also be made to the name of any given disorder.

In 1980, the DSM-III was released and the name for Hyperkinetic Impulse Disorder was now called Attention Deficit Disorder (ADD). At this time, hyperactivity was not considered to be a frequent symptom.  Two types were identified, ADD with hyperactivity and ADD without hyperactivity.

In 1987 a revision to the DSM-III was published and hyperactivity was now considered to be a more frequent and important symptom. The official name became Attention Deficit Hyperactivity Disorder (ADHD).

In 2015 the Fifth (and most recent) edition of the DSM was released (DSM-5).  The three types remain the same. The only change is that they are called “presentations” instead of subtypes.

So the term ADD has not been a diagnostic option since 1994.  Today, anyone who is diagnosed falls under the ADHD umbrella but the three different presentations indicate which subtype is being diagnosed. 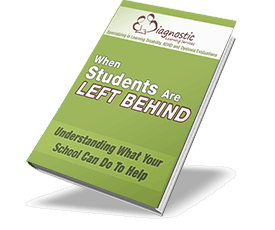